Janelle Arthur Shares A Behind-The-Scenes Look At Making Of “One Night On Earth” Feat. The Isaacs

Black Sheep recording artist Janelle Arthur, called upon multi-Grammy-nominated, Dove award-winning artists and Grand Ole Opry members, The Isaacs to feature their renowned harmonies on her powerful new Christmas ballad “One Night On Earth,” which was recorded in July. The ensemble put their heads together in the studio to create the perfect blends to back up the beautiful melody and cameras were on hand to capture some of that studio magic in a new behind-the-scenes video, shot by Jamie Litt and produced by Janelle herself.

“I really wanted to capture the moment when this came to life in the studio and I think we accomplished that with this video. I’m so thankful to The Isaacs for helping create this very special song,” says Arthur.

The modern-day Christmas ballad perfectly captures the power and beauty of the holiday season and Arthur’s sweetly reverent vocals are striking backed by the shimmering harmonies of The Isaacs. The rapport they shared in the studio is showcased in the new video that offers a glimpse of the creation of the track.

Arthur will also be a featured artist ringing in the holiday season at Gatlinburg, TN’s “47th Annual Fantasy of Lights Christmas Parade” along with ACM Award-winning artist and Grand Ole Opry member, Mark Wills, and Santa Claus. She will be showcased on a float where “One Night on Earth (ft. The Isaacs) will be playing for the audience to hear. The parade will be held on Friday, December 2nd, 2022, kicking off at 7:30 p.m. EST. Find more information HERE. 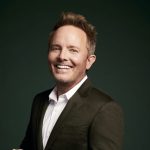 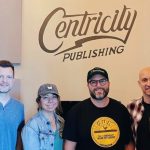