NASHVILLE, TENN. World-renowned worship leader Kari Jobe received a GRAMMY® Award nomination for “Best Contemporary Christian Music Album” for her album, The Blessing (Live). The nominated album has been a hallmark project for Jobe’s career as the title track from the album recently won the 2021 GMA Dove Award for “Song of the Year.” This marks her third career GRAMMY nomination. The 64th GRAMMY Awards will air Monday, Jan. 31, on CBS.

“Wow – it’s so sweet to celebrate what God has done and continues to do through The Blessing,” shares Kari Jobe upon learning about her nomination today. “This album was very special to record, and it’s extremely honoring to be nominated for a Grammy! Thank you to the Recording Academy and my amazing producers Henry Seeley, Austin Davis, and Cody Carnes. My incredible band and crew. The songwriters who helped me craft these songs. And my label and management team that I love working with.”

As her first new album in three years, Jobe recorded the music live during the pandemic in 2020 without an audience despite her deep desire to worship with a live audience. The uniquely recorded live album features 15 tracks and more than three hours of worship captured. The album’s namesake is from the viral global hit song, “The Blessing,” with Jobe, Cody Carnes, and Elevation Worship that received a GRAMMY Award nomination for “Best Contemporary Christian Music Performance/Song,” won the 2020 “Worship Song of the Year” as well as awarded RIAA Gold Digital Single certification.

ABOUT KARI JOBE: For nearly two decades, well-respected worship leader Kari Jobe has been using her gifts to lead people into the presence of God. When she began leading worship at age 13, she never imagined she would be nominated for three GRAMMY® awards, win multiple Dove Awards, have two RIAA Gold Certified singles, or be praised by the New York Times. She has more than 1.18 million YouTube subscribers and over 340 million channel views. Originally from Texas and now residing in Nashville with her husband Cody Carnes and their two boys, Canyon and Kingston, and they both serve at their home church The Belonging Co. 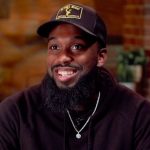